A few years ago I was reading the "Fergus" Thomas the Tank Engine story to my son and his catchphrase struck a chord with me. When you think about his character and approach to life it starts to dawn on you that he represents something very important that's often overlooked in this fast-paced world of "have everything now, worry about it later".

His catchphrase is "Do it right!".

On first impression Fergus is pretty annoying, he's the one who knows the rulebook backwards, he won't stand for sloppy work, is always telling other engines to "Do it right" and appears to have no real sense of humour. As a result he gets tricked by other engines who find him annoying. The stories usually end up with Fergus getting into trouble and the other engines realising that he was only trying to do the right thing, albeit in a slightly annoying way.

After reading about Fergus you can begin to see him as representing something very important that's often overlooked. What he represents is doing the job right, doing it properly, doing it to the best of your ability. He represents taking the door off to paint under the hinges, cleaning the kit off properly after you've finished with it, going back to the shed for the right tool for the job rather than botching it with the one you have.

These are solid principles to uphold and can be applied to any line of work. Fergus is annoying because it really is annoying to do these things, the extra 10 minutes or few steps to "Do it Right". Some people get annoyed when faced with this kind of work ethic as deep down they know it's the right thing to do, even if they can't really be bothered. Fergus holds a mirror up to your own standards and work ethic, Fergus is a bastion of conscientiousness, Fergus is also just a toy train with a face, so we'll park the analogy there.

When building the products for Cowshed Works and our clients we strive to work like Fergus (isn't that a Maroon 5 song?). To paint under the lightswitches, to take the door handles off and paint the door properly, to clean out the buckets after mopping the floors.

This way of working translates perfectly into what we do. Here's a few things that are often overlooked in web development but can be done properly with a bit more effort:

So, next time you're not bothering to write that test, not validating that HTML, not refactoring that 7 level nested loop with 14 conditionals, remember this face... the face of Fergus... and Do It Right! 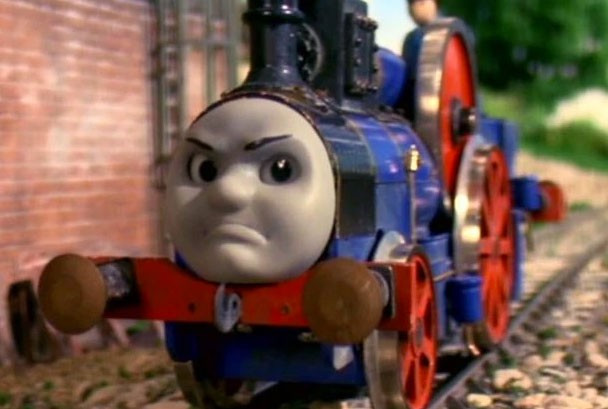 PHP 8 is out soon, what are the new features and how easy is it to upgrade?

Migrating a PHP website with hundreds of thousands of urls and 17 years worth of data
PHP 7.4 is out and PHP 7.1 is reaching end of life, are you up to date?
Creating multi-player, multi-team, real-time games with PHP and Vue JS
PHP 7.4 is released soon - a quick new feature round up
Managing SEO when moving and updating applications and websites
Upgrading and Updating Older PHP Applications to new versions
The Cowshed Works studio is ready
Laravel storage directory file permissions